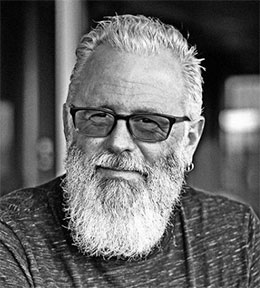 I have 29 years of design experience including web, UI/UX, mobile and web design,  prototyping, logo design, packaging design, prepress, newspaper, and magazine advertisement campaigns and layout. I began my career in New Orleans in commercial print and packaging design. I later moved to Springfield, Missouri where I managed a team of graphic designers at The Springfield News Leader. I oversaw, mentored the creative team, and ensured integrity and brand consistency over advertising design and special sections. In 2008, I moved to Birmingham, AL, to accept the position of Creative Director for skirt! magazine, a women’s magazine distributed in 18 markets on the East Coast. I moved into digital design in 2010 and took the position of Creative Director for MoxyUp from 2010 to 2015, developing WordPress sites. I accepted a position as Art Director for Zeekee/Bell Media from 2015 to 2019 developing WordPress sites, brand creation, design marketing materials, UI design, etc,. I’ve started working with FastSlowMotion in Oct, 2019 as a User Experience Consultant. I design SLDS prototypes and apps, redesigned the website and solidified company branding, design email templates for Conga, custom Salesforce communities, Visual Force landing pages, and consult with our clients on best UX practices for their products.

Picasso is sitting in a Paris café when a fan approaches the artist and asks that he make a quick sketch on a paper napkin. Picasso acquiesces, draws his dove and promptly hands it back to his admirer along with an ask for a rather large sum of money. The fan is flummoxed. “How can you ask for so much. It took you a minute to draw this.” To which Picasso replies, “No, it took me 40 years.”